The Best Ways to Experience the Queensland Coast

Queensland shines in its diversity. All around the great state, there’s fun to be had, food to be eaten and experiences to uncover.

Where there’s sun, surf and sand, there are a million reasons to smile.

It probably won’t come as a shock to most people who live in Queensland, but according to Scoopon’s latest data, the Sunshine State remains one of Australia’s most popular destinations for home-grown holidaymakers.

Ready to experience it for yourself? Gordon Bayne, Head of Travel at Scoopon, reveals his top tips on where to eat, stay and play to get the most out of Queensland’s coastal regions.

From beachside bungalows to A-list accommodation, there’s something for everyone.

• Gold Coast: Norfolk Luxury Beachfront Apartments
There’s nothing quite like waking up to the sound of waves crashing nearby. If you’re going to stay in Surfer’s Paradise, then you’ll want to see what all the fuss is about and actually stay near the surf! The Norfolk Beachfront Apartments are just metres away from Main Beach. If that’s not enough, it also comes with a heated pool. Where do we sign up?

• Broadbeach: Peppers
If it’s good enough for Taylor Swift, it’s good enough for anyone. When the pop princess jetted into Broadbeach recently – with new beau Tom Hiddleston – they set up shop at Peppers. And who can blame them? There are million-dollar views, a luxe location and an in-house teppanyaki restaurant! No wonder Taylor couldn’t shake it off!

• Hamilton Island: Qualia
Hidden away on the northernmost tip of Hamilton Island and surrounded by the Great Barrier Reef, Qualia makes for the ultimate getaway. It’s up there with Australia’s most impressive resorts and is a favourite with the A-listers. Everyone from Oprah to Leonardo DiCaprio has stopped in at Qualia for some R&R.

It’s almost impossible not to have fun in Queensland; the whole place is basically a gigantic playground for adults and kids alike.

• Gold Coast: Theme Parks
No trip to Queensland is complete without a visit to the theme parks. Wet’n’Wild, Dreamworld and other attractions have provided entertainment for generations of kids and adults. Adrenaline junkies will rejoice at the thrilling rides and if you’re not an adrenaline junkie there are still plenty of other things to entice. 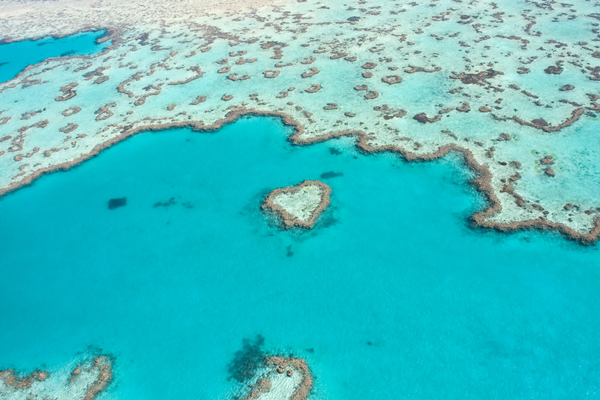 • Cairns: Snorkel the Great Barrier Reef
The Great Barrier Reef is easily Australia’s most impressive natural beauty. Brimming with marine life, this underwater world attracts millions of visitors each year and it’s not hard to see why. Head to Cairns, hire a snorkel and prepare to be blown away. 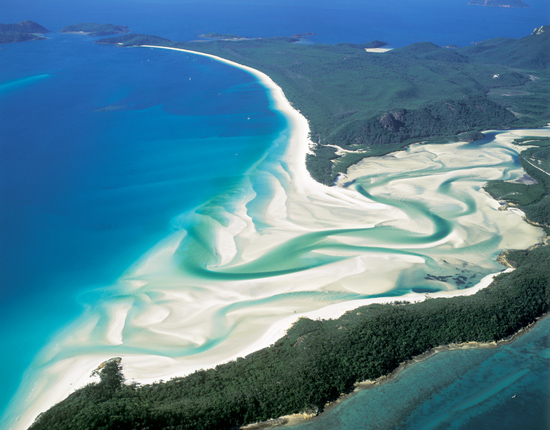 • Hamilton Island: Helicopter to White Haven Beach
The breathtaking beauty of The Whitsundays and fringing reefs from a bird’s-eye view will stay with you forever. Once you land on the whitest sand you’ll ever see, you have the freedom to swim, explore or simply relax on the beach with a picnic and bubbly provided by the helicopter driver.

A booming culinary scene means that Queensland no longer plays second fiddle in the foodie stakes.

• Surfers Paradise: Seaduction
Seaduction is all about seasonal produce but it’s the fresh seafood that steals the show. Run by James Fiske, a career chef who has worked at some of the best eateries in Europe, Seaduction is your best bet for beachside dining.

• Broadbeach: Ten Japanese Restaurant
Did you know the word “ten” means “heaven” in Japanese? Well, you do now! And that’s about on the money at Ten Japanese in Broadbeach; the heavenly menu includes everything from sushi to teppanyaki.

• Marina Mirage, Main Beach: Omeros Bros
If it’s seafood you like, then Omeros Bros is set to be your new favourite food spot. Tucked away on the Marina Mirage boardwalk, the Omeros Bros crew serve up fresh catches daily. Hot tip: it’s hard to look past the lobster mornay.
scoopon.com.au/travel

The Travel Experiences You Can’t Miss With Your Bestie

Why Bali is on Our Health and Wellness Radar