We Met With The Founders Of The Original Woven Mules At St. Agni

We Met With The Founders Of The Original Woven Mules At St. Agni

Another reason to hit James Street!

Known as the original creators of the woven mules, the Byron Bay based brand has grown a cult following over the years due to their high quality and unique designs. There’s no doubt they could be described as ‘trailblazers’ in the fashion industry, always thinking outside the box and coming up with timeless and never-seen-before styles using different shapes and textures such as linen, leather and natural fibres. Their earthy, laid-back and relaxed aesthetic represents the landscapes of the small coastal town they call home. 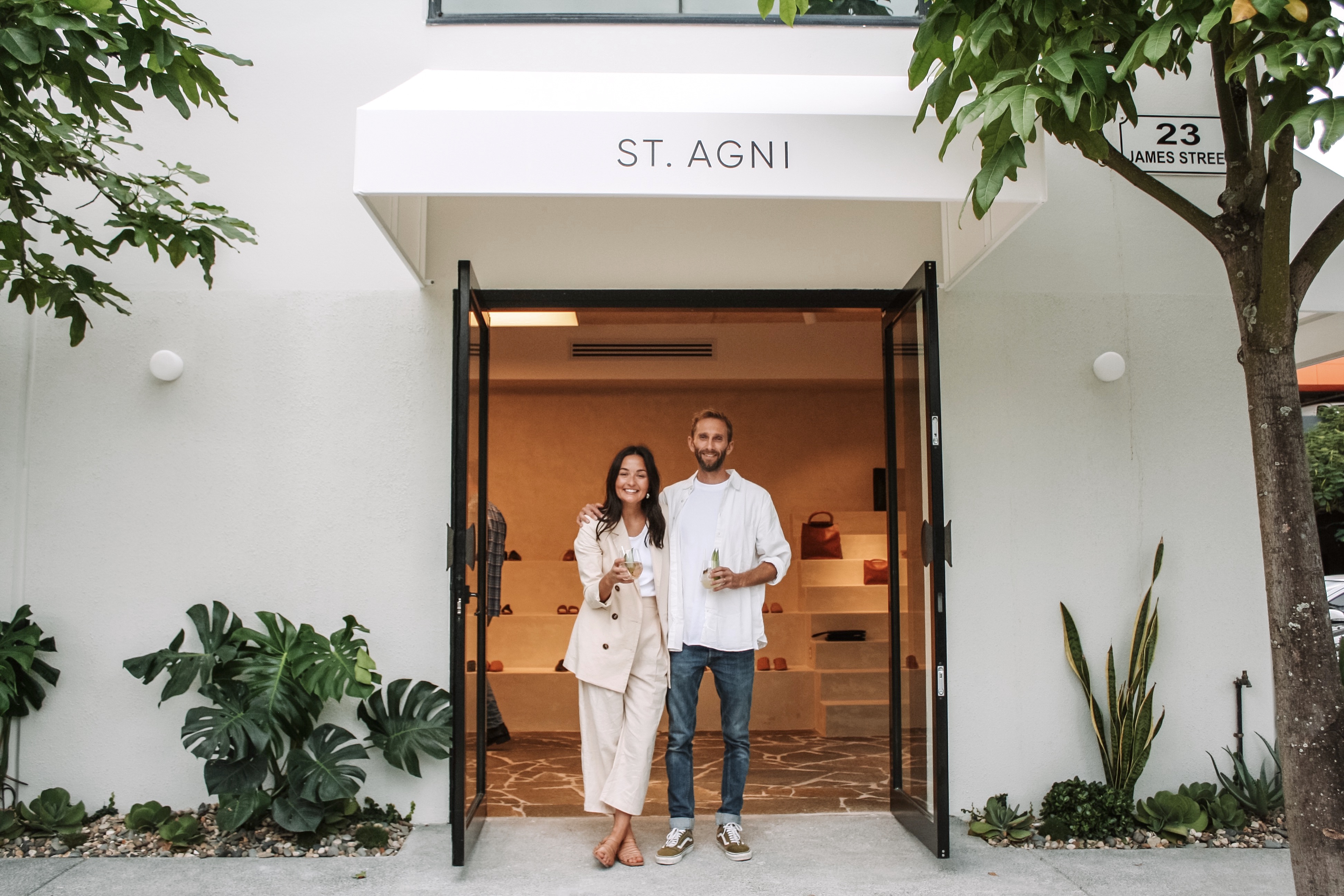 Founded by Lara and Matt Fells back in 2014, the couple fell in love in Lara’s hometown of Tasmania whilst Matt was travelling from the UK, they travelled back and forth between Australia and the UK before finally settling down in Byron where they currently reside with their young son, Jude and cavoodle, Harper.

St. Agni was born in 2014 when the couple decided to begin their own project together having both worked previously in retail. Lara always had a clear vision on what she wanted to create, so one day whilst working full-time elsewhere, she decided to just go for it. Each piece is carefully considered, designed in Byron and manufactured in Indonesia. They’ve always had a strong relationship with the manufacturers and a focus on doing what they can to limit their carbon footprint. 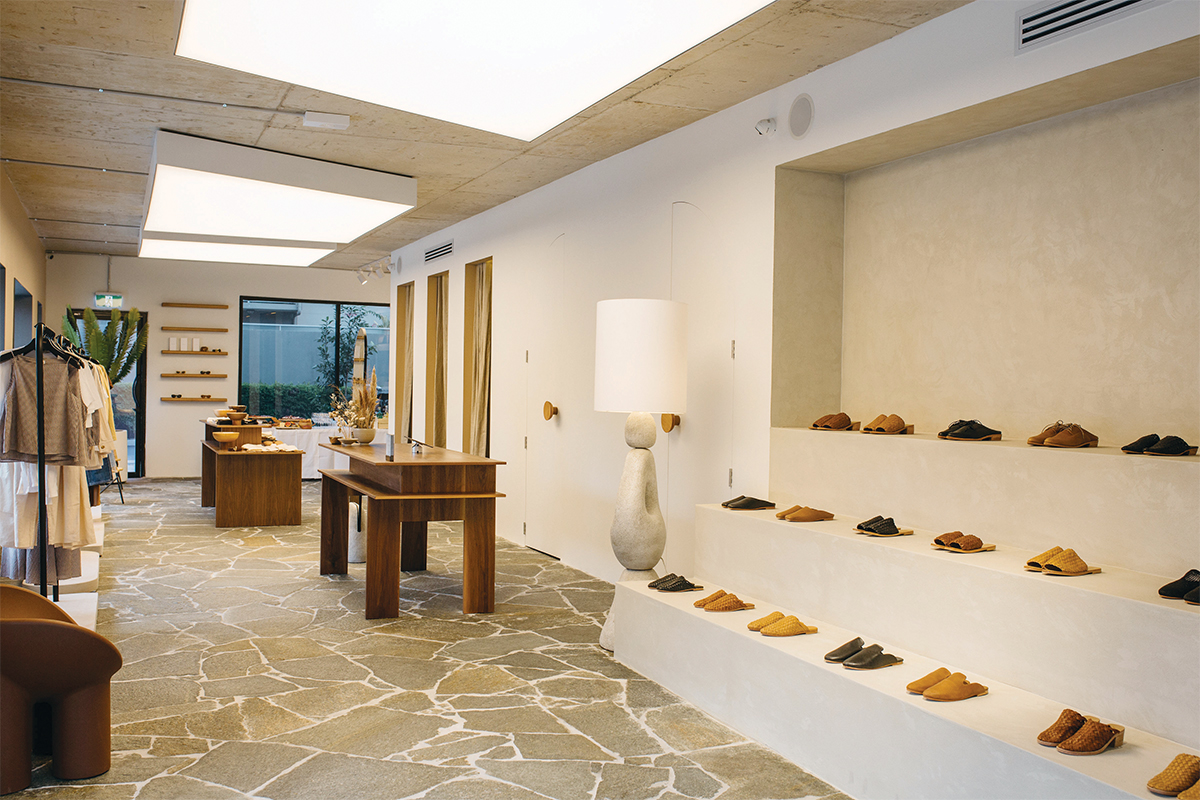 They started the business out of their linen cupboard with a $10,000 limit credit card, which was maxed out very quickly. First starting with footwear, then accessories, before introducing clothing to their ever-growing collection. St. Agni is named after Lara’s grandmother Agni, whom she considers as a saint.

Over the past five years, their team of just two has grown and so has their space in their first store. At the start of June, they opened their second bricks-and-mortar store in the Fortitude Valley’s affluent precinct of James Street. 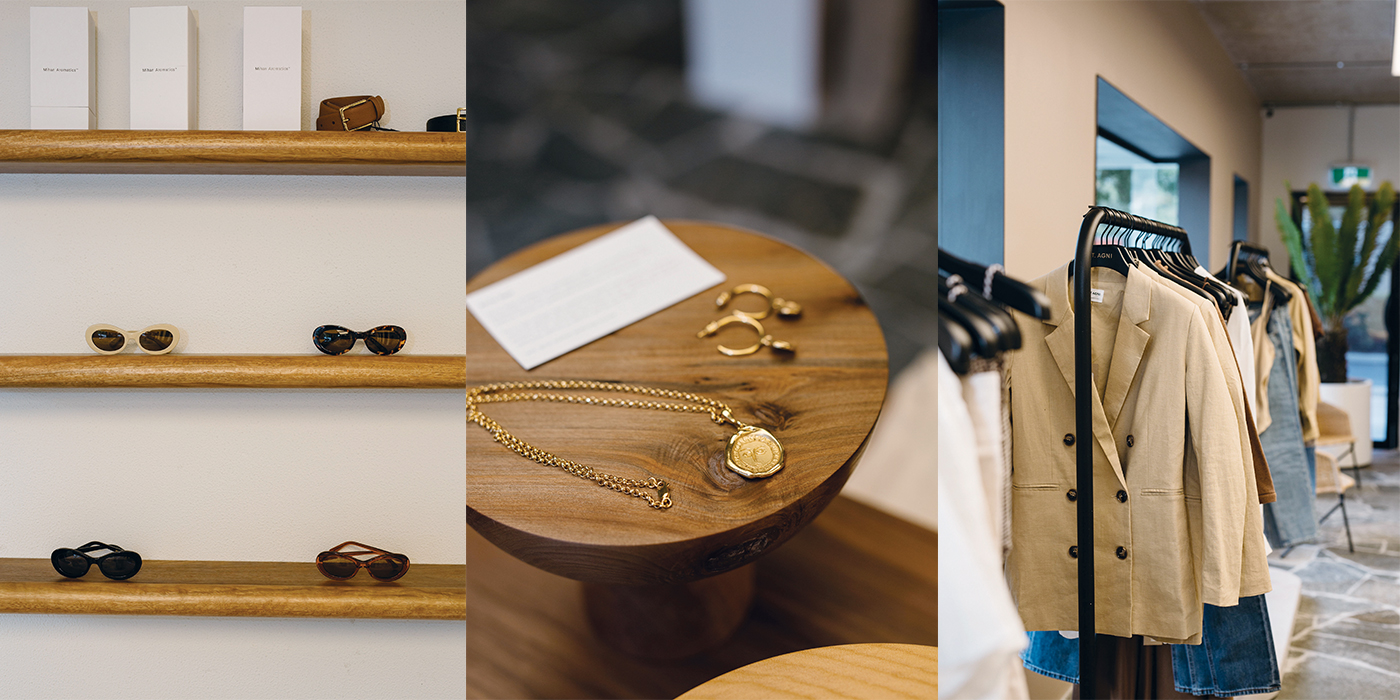 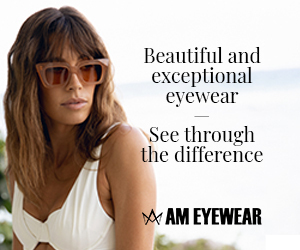 Wardrobe Files: Macramé Is The Fashion MVP Of 2022 And Here’s Why

Sparkle Up With 13 Of Brisbane’s Best Jewellers

With a passion for animals of all kinds, the self-confessed crazy animal lady has a dream of opening her own animal sanctuary one day. She’s always down for a good time, doesn’t mind a bev or two and loves to embrace nature. You’ll find her on the hunt for new delicious plant-based cafes, buying a new outfit from Aussie designers, planning her next overseas adventure or just hanging out with her friends, fam and fur babies (preferably at the beach!)