Now more than ever

So, you’re in lockdown… again. You’ve cleaned the house for the fiftieth time, rearranged the furniture, played all the board games, done all the jigsaws. Time to binge watch some Netflix. Only problem is you’ve watched everything that’s on there, but surely there’ll be some new shows, right? Nope. Not on Netflix, not on Stan, not on Amazon. Why? Because the people you rely on to get you through these lockdowns are suffering – more than most.

There are no new shows, no new musicals, and no new stand-up specials because we can’t. Covid has hit the entertainment industry hard. I get that a lot of people think, ah well, these people earn millions a year – they’ll be fine. But that’s not the entertainers I’m talking about.

I’m talking about the bands who gig around Brissy, hoping for their big break, or the stand-up comedian who’s name you don’t remember but, jeez, they made you laugh last Saturday. These people are the tradesmen of the entertainment industry, and they are suffering.

I’ve seen it first-hand, and I don’t say much because I’m very lucky. Radio has kept going and I can pay my mortgage. My wife who is an amazing comedian lost over half of her income because she can’t perform on cruise ships or tour interstate, but we are still okay. 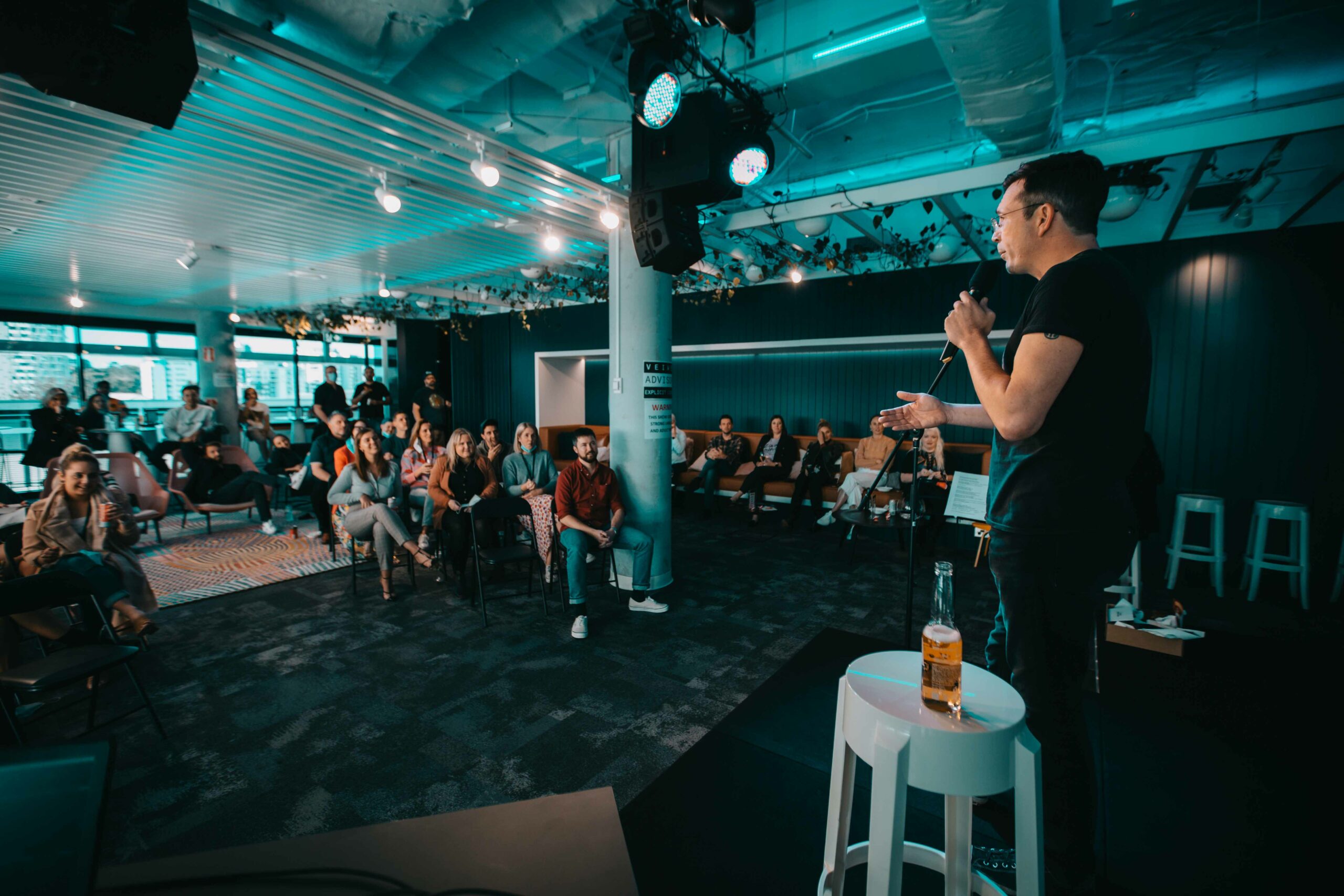 But for a lot of my friends, cruise ship work or interstate tours were their primary source of income and now it’s gone. And yes, I’ll be the first to admit that comedians are not good with our money. We don’t save and we don’t plan for the future because we’ll have another gig next week. We also don’t get superannuation or sick pay. And now the gigs are gone.

At least half of my friends are really struggling financially, as well as mentally. They don’t have money, but they also don’t have an outlet for their talent, and they are being forgotten. All the benefits that the government are providing are hard to get for most in the industry when they ask how many hours you worked last week.

“Well, I was on stage for twenty minutes” doesn’t really count as a full day’s work, but that doesn’t take into account the hours it took to write the material, the travel to and from the gig, and the hours and hours of honing your craft.

Worst part is I don’t have an answer on how you can help. There’s not really anything you can do. It is what it is.

What you can do, I guess, is spare a thought next time you watch The Good Place for the fourth time or sit down for movie night with your kids, and think, these people have provided so much joy, sadness, suspense, horror, and laughter in the times I’ve really needed it, I hope they are okay. Then, when your allowed to, buy a ticket to a show – any show.

Because when you think about it – and not to take anything away from anyone who does these jobs – the next time there’s a charity concert for people in need, I hope the fire brigade can sing, I hope the farmers can tell a joke, and I hope that our medical staff can act.

Because we were there for them and now, we need you to be here for us.